Your Results in Pictures

We will ask questions regarding your body metrics, relevant health related questions, relevant habits and nutrition to provide you with a risk score related to your health. In the process we utilize approved benchmarks from accredited organizations.

What you need to take the assessment?

What you get at at the end?

Let's figure out your peer-group to get started...

Based on the standard from World Health Organization

Most of the official studies from the National Health Institute (NHI) and World Health Organization (WHO) are based on the standardized BMI.

There are claimed updates (read: better models) for the BMI formula from various vendors and updates to the cut-off points proposed by WHO that can be valuable for you as an individual, however for comparisons we will need to rely on the standard formula.

Some help on taking the Waist/Hip readings...

Would you prefer a shorter one? 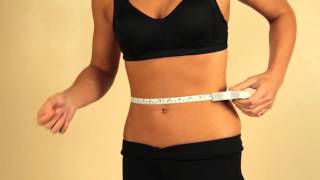 Or a more complete one? 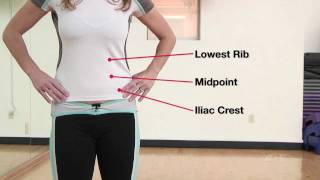 Your genes and blood are primary indicators

Type 2 Diabetes (T2D) is caused by both genetic and environmental factors. Having your parents or siblings with T2D increases your chances to develop the condition, but it does not guarantee it.

Environmental factors like  habits, nutrition can greatly influence your chances to develop the condition. That is why we are going to look more deeper into them.

Type 1 Diabetes (T1D) in addition to T2D is not only partially hereditary, but is also observed that 'White, Caucasoid' race is more predetermined to it as they have the highest rate of T1D.

In determining T1D or T2D conditions, blood glucose levels and insulin level is being measured among others repeatedly. For the sake of screening simplicity we are going to ask you questions that you can answer with a fairly good chance.

Due to this our recommendation is NOT a diagnosis because it does not ask and use all the required parameters in a repeated fashion to make a diagnosis.

Through habits you greatly influence on your health

Besides weight, which can also be linked to lack of necessary activity, inactivity is the highest risk factor in most non-communicable diseases like Diabetes Mellitus. The less active you are, the greater your risk.  Physical activity helps you control your weight, uses up glucose as energy and makes your cells more sensitive to insulin.

If you already developed T2D please be careful with how much activity and at what intensity you do. While being active is a must, doing too much can bring you to the other extreme into hypoglycemia. This condition is very severe so an immediate ingestion of sugar is required to get back sugar levels at normal when below 70 milligrams per deciliter (mg/dL) or 3.9 millimoles per liter (mmol/L).

Moderate alcohol use is defined as one drink a day for women of all ages and men older than age 65, and up to two drinks a day for men age 65 and younger.

Too much alcohol may cause chronic inflammation of the pancreas (pancreatitis), which can impair its ability to secrete insulin and potentially lead to diabetes.

Tobacco use can increase blood sugar levels and lead to insulin resistance. The more you smoke, the greater your risk of diabetes.

People who smoke heavily — more than 20 cigarettes a day — have almost double the risk of developing diabetes compared with people who don’t smoke.

I'm a paragraph. Click here to add your own text and edit me. It's easy.

What is Elevated Plasma Glucose (EPG)?

Short answer is: EPG stands for hyperglicemia or high blood sugar which affects people with diabetes and pre-diabetes.

How is the Pre-Diabetes risk developing when EPG is detected?

Pre-Diabetes implies an increased risk of development of Type 2 Diabetes (T2D) on the order of 30% over 4 years and 70% over 30 years.


How are the tools detecting EPG and how reliable they are?

Each tool is based on scientific evidence linked next to it.

Keep your clients up to date with what's happening. To make this content your own, just add your images, text and links, or connect to data from your collection.

WHAT THE RESULT MEANS FOR ME

Keep your clients up to date with what's happening. To make this content your own, just add your images, text and links, or connect to data from your collection.